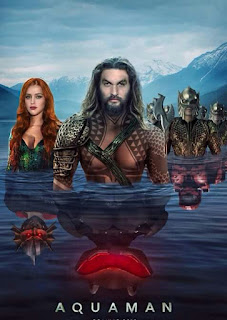 The name Aquaman means different things to different people. To some people, it's one of the new December movies they should go see with their family. To some, it's the type of movie they should see because they don't do Nollywood. To people like me, it's the movie we hope we have been waiting for – the movie that saves the DC Cinematic Universe. The first two batch possibly don't even know what the last batch is talking about– they just wanna see a movie. But guess what? Aquaman makes the grade of all– of everyone who sat in the dark room staring at the giant screen with different expectations, Aquaman
delivered.

From the director of "Furious 7" and "The Conjuring" franchise comes ANOTHER superhero movie following a long list of other major tentpoles that have destroyed box office records and the hearts of movie-goers in a good way. But Aquaman seeks to standout and it does because who knows Aquaman?


Titans review isn't available due to circumstances beyond my control. Truth is, I couldn't see it due to some network ish. The post will either be updated or Titans will be getting its own link.

Where were we with Supergirl? How solid the premiere was, right? Another Sunday, another Supergirl episode. The sophomore is still as strong if not better.

The nation has been thrown into chaos. Typical America.
Citizens rally in front of the White House following the last week's reveal that the president is an alien.

From Culture right here, I'd say "kick her out" cos I don't know articles and constitution but a non-citizen shouldn't rule a nation. But that's not me picking a side. The nation would …
Post a Comment
Read more


Whew! That was lit.

J'onn Jozz has hanged his boot. Which means Alex runs the DEO with a magnetic fist and Kara is running around the universe doing the job of five superheroes.

James Olsen might go to jail for being The Guardian. And Lena won't just stand and watch that happen. The big-bads are siblings and Superman is missing... well, he travelled. Like he has for over a year. The president is an alien and that'd be the size on our package this week. Do join us next week for more on the Girl Of Steel.

So I b…
2 comments
Read more 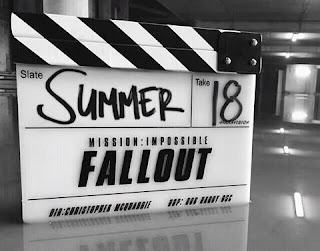 
Team Mission: Impossible pulls another implausible mission out of the shenanigans and naughtiness of the last five movies – Fallout.

Ethan Hunt is given one more reason to hang out of a flying craft and jump out of tall buildings.

Here, he's to stop a bad guy who was sprung by another bad guy he stopped some movies ago(or maybe it happened in between the breaks cause they're really overestimating how much we remember about the last five movies) but the bad guy ends up being the....... really, I wasn't watching this to learn the script; all I wanted was to see Tom Cruise(Ethan Hunt) run faster than Usain Bolt. There's nothing in this world much fun than watching Ethan run. Look at that:


So, basically, those legs are the script; that's me waiting for the action.

And I wasn't disappointed. That tag-team against John Lark in the restroom where Henry Cavill's Walker and Hunt squared it off…
Post a Comment
Read more

Previously On DCTV: Week One – DC's Titans shows The Flash and Black Lightning How to Begin the 2018/2019 Season.


Titans, The Flash and Black Lightning premiered this week.

The premiere picked up right where we left off: Team Flash defeating Devoe and getting Ralph Dibny back, Caitlyn losing Killer Frost and Joe and Cecile's baby been the newest member of the team and well, the lacklustre cliffhanger about a certain pink-wearing speedster who claims to be Nora – Barry and Iris' daughter from the future – who has made a "mistake."

As wildly guessed, the mistake is helping her Dad destroy the satellite that was gon' send humans to the stone age. And in doing so, rendered her speed-force connection sloppy.

Team Flash spent the first few minutes trying to figure out if Nora is actually related to 'BIris.' Nothing a few Ca…
Post a Comment
Read more

Official Stranger Things novel on the way: Read Chapter One. 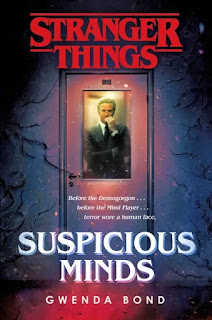 Something to soothe your thirst for the Hawkins story. Titled Suspicious Minds, it is the first official Stranger Things novel, which is penned by YA author Gwenda Bond(Fallout, Double Down).
According to EW, the book is part
of a new initiative between Netflix and Del Rey, an imprint of Penguin Random House, which will flesh out a collection of characters from the beloved series and dig deeper into its mythology.
The book is a prequel – set before the events of StrangerThings and will explore the life of Eleven's mother and her time as a test subject in the MKUltra program. EW exclusively released the first chapter of the book which will publish Feb. 5, 2019. You can read below. Meanwhile the third season of the series is expected to be released in the Summer of 2019.

The man drove an immaculate black car
along a flat Indiana road, slowing when
he came to a c…
Post a Comment
Read more

The Great War: A Game Of Thrones Story 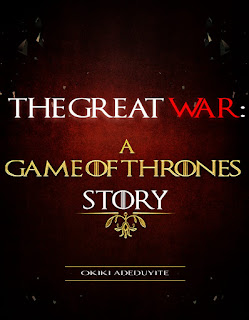 "Fall back!" Jon yelled. "Forget them, capture the White Walker."
Brienne sheathed her sword and took hold of the dragonglasslurcher that has been dangling on her back. She arranged the metal atop the wood the way Gendry had taught them. The White Walker was coming for her. Why Me?
The White Walker moved towards her still, advancing; leaving a trail of dead men in his wake. She hadn't used the lurcher today... she loathes the sound it makes when fired; she couldn't afford going deaf for any period of time in the middle of a battle.
Jon had earlier exhausted his on the wights. The way he used them, sometimes, she thought he enjoyed it. But the White Walker kept coming for her... and she fired.
She saw the moulded glass bore a hole in his chest. Then he stopped and slouched.
"It didn't work." She tried to yell above the clanging of swords and shouts of fighting men, "It doesn't work on them."
The White Walker raised his head like …
Post a Comment
Read more
More posts

Translate my posts into preferred language